So I’m a runner; nothing remarkable in that, you’d say. But, you see dear reader, just five years ago I could not describe myself as a runner.

Five years ago I was someone who did a bit of exercise, you know, going to a couple of Zumba classes every now and then, entering charity runs, cycling a bit, walking and, in between, weight yo-yoing (not a sport I’d encourage anyone to partake). I was not unfit but was definitely not fit.

Out of nowhere, I was hit by depression. The worst kind you can imagine. The one where despite all the good things in my life I could only see the negative. The “I do not want to get out of bed” kind. The “it’s a beautiful sunny summer’s day, kids are playing in the garden and laughing, but I cannot be bothered to join them” kind. And worse, but I will spare you the details.

In retrospect I can now see what triggered my depression. I was nearing the big 40. I started to look back at my life and evaluate it. It did not come up to my exprectations.

My life was good at that point, I was married to someone I loved and who loved me, I had a job with good career prospects, I had my three, beautiful, healthy, funny children, I had a roof over my head, I had good friends and no debts. What more could a woman want?

As a child of the 70s and a teenager in the 80s, I had mapped out my life, following lofty ideals of success and achievement. I had set some expectations for myself and had been encouraged to do so by the influential adults in my life. It wasn’t just the “what do you want to be when you grow up?” type of exprectations, it was more detailed, down to the colour of my car, the way my house would look, what type of house I’d have, where I’d be going on holidays, etc.. I’m sure you get the picture. “Mapping” my life was supposed to give me focus, drive me to achieve and ultimately make me happy, or so was the theory.

So when I stopped and evaluated my life as such a big birthday got nearer, the reality did no match my mapped expectations.  I now realise that it was the chasm between the fantasy of what I had expected and the reality of what I had achieved that triggered my depression.

After a lot of counselling, medication, and support from my husband and my dearest friends, I recovered. This was the year of 2013, the big 40 had been and gone and I had survived, but with a re-assessment of my life I realised I had got my priorities wrong, because of what I had expected rather than what I had hoped for my life.

Then, cancer came knocking at my husband’s door. I can safely say that this was a whole new ball game, one where the rules were only known to one side, the alien invader, whilst the other side, our family, were trying desperately to work out those rules. Not a fair game by any stretch of the imagination; despite, at my husband’s behest, putting on our brave faces and trying out our best moves,  we clearly were the underdogs. Just when we thought we were getting on top of the opposition’s tactics, cancer decided to change the rules several times in succession so that it felt as if we were attempting to play the game blindfolded.

Realising that cancer has no qualms in attacking the body,  destroying the soul, testing relationships and distorting all that resembles normality, I decided to run for survival. I started running as far and as often as I could, this time with no expectations, just hope. Hoping that the runs would help me sleep better, improve my mood and work out stuff in my head. Not always succeeding but never giving up the hope.

And eventually running did help; it made me fitter so that I could take on the extra responsibilities that came with caring for my husband, as well as still going to work and being there for my children. It made me calmer so that I could think clearly in stressful situations, and it gave me some space and “me” time to be alone with my thoughts and emotions.

Since deciding to run for survival, I have also dealt with my own cancer diagnosis and the death of my beloved Michael. Widowhood and cancer together is not a combination I would wish fall upon anyone, not even my worst enemies.

Today marks 4 months (121 days exactly) of the death of my Michael, I haven’t stopped running even through the darkest days; I believe he would have been proud. Nowadays I can’t run fast (I was never “Speedy Gonzalez”) but I can still run far and this knowledge brings me satisfaction, because despite the alien invader’s best attempts and the pain of losing my love, I’m still running, I’m still surviving, never expecting, always hoping.

3 thoughts on “Running for survival” 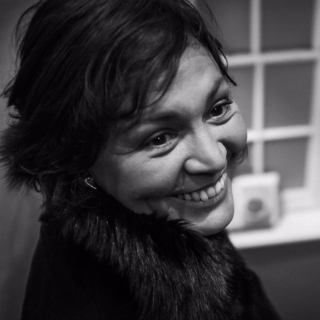